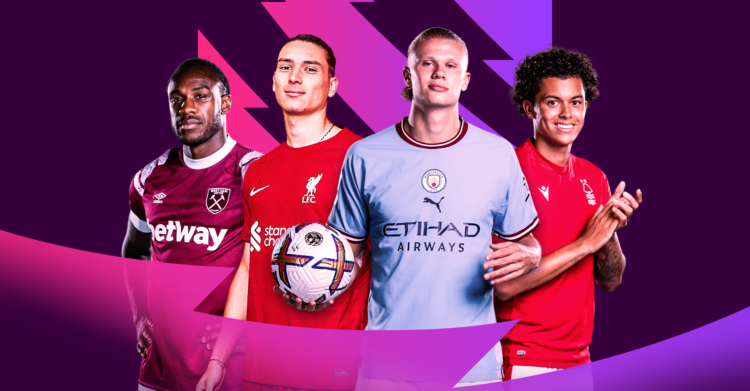 The English Premier League season has begun, dedicated fans are stoked for this tournament’s return and sportsbooks experts are making their predictions.

With the EPL upon us, now is the perfect time for Matchplug experts to sample some of those factors that determined Premier League table predictions for the 2022/2023  season.

Culled from various experts in the industry who gave their thoughts on how this season’s game is expected to go, we have listed out some of them below:

Meanwhile, check out these: Predictions, Odds and Statistics for All Premier League Matches of the 2022/2023 Season  by The Punters Page.

There are a few factors to consider before making a prediction. And 5 factors particularly influenced the predictions made by experts for the 2022/23 English Premier League season.

We have listed those factors and why they were chosen.

A team’s performance for the previous season plays the biggest impact on the predictions for the 2022/2023 Premier League table.

How well or poorly a team played in the past season is a huge deal because there is a chance they may have the same performance again this season.

Player signings or lack of player power has another influence on Premier League predictions.

Teams who splurged huge cash on signing key players for their squad is by logic expected to perform better than they did last season.

Few Premier League clubs changed their managers in the summer. These new managers are expected to lead their teams to a better play than what they had last season.

Most clubs typically play better than others, have a long history of completely crushing their opponents, strong comebacks despite slow starts at the beginning of the season, and are  picked as league favorites.

On the other hand, some teams have a weak play history and don’t do too well in their matches. These types of teams are often looked over and placed as underdogs.

Just like player signings, transfers also have a huge impact on predictions because they determine a team’s performance.

If teams sign off their key players to their competitions they might leave their squads empty and without strong defense to protect them during the English Premier League.

At the same time, if stronger players are transferred to a team, the club in question could gain an edge in the competition.

Related: Factors To Consider When Making A Sports Bet.

The days leading up to this season’s English Premier League came with a lot of predictions regarding the tournament.

In this section we have mentioned some of the Best soccer predictions we could find for the EPL.

Manchester City has won the Premier League 4 times in the last  5 years and are currently the reigning Champions.

Last EPL season, Manager Pep Guardiola didn’t play with Strikers. Instead he pushed Gabriel Jesus wide for most part of the season. In Spite of this, he found a way to win the Premier League title.

Based on logic, Manchester City are predicted to still emerge as Premier League champions in the 2022/23 season.

Liverpool’s big statement was made in the summer transfers when they signed striker Darwin Nunez from Benfica.

It is predicted that Liverpool will battle Manchester City to the end of the season like they did in 2021/2022.

Overall, Liverpool is picked as the second best in the league that will make it to the end of the season.

World-class Manager Antonio Conte was poached by Tottenham last summer. Despite their weak squad and low budget, Totthenham still managed to finish top-four and qualified for the Championship.

This summer, the Tottenham board pumped funds into the squad so that Conte can achieve better things. Player signings for this season have been astute and exactly what was needed.

Due to this, it is predicted that Spurs will end the season in third place, topping Chelsea and Arsenal.

Chelsea didn’t have the best summer, the change of ownership has been tough on them.

Furthermore, their signings so far didn’t address key areas. All they did was replace outgoing players, not really strengthen the club.

Additionally, Lukaku and Timo Werner’s departure left a huge gap in Chelsea’s attacks. So, all they have left is Kai Havertz who is the only major center attacker. The club is expected to sign a new striker.

One Sure football prediction you can rely on is Chelsea still being seen as the club to claim 4th spot in the Premier League 2022/23 season above Arsenal.

This is because Thomas Tuchel proved beyond doubt last season that can still get the best out of his players no matter the underlying issues at top management. Bettors can expect to see the same energy this EPL.

Since Arterta was appointed, Arsenal never challenged for the Premier League title. The previous season, this club was one of the biggest spenders in Europe, and still couldn’t qualify for the Champions League.

Even with a good prospect like Gabriel Jesus signed to their club, Arsenal cannot improve their last season performance.

David Moyes is a revelation at West Ham. Although he didn’t start the season well, it was predicted to have another good season.

Manchester is a club that has been plagued for close to a decade. This club has not found the right structure or management to take it to where it used to be.

Appointing Erik Ten Hag doesn’t seem to fix their problem. No actual structure or change or signings of key players took place. And to make matters worse, they moved to sign Adrien Rabiot who doesn’t have a great career track record.

It is an easy prediction to say that Manchester United will fail again in this EPL for clear reasons. Being placed 7th place by experts was out of generosity because of the club’s rich history.

Since being appointed by New Castle, Eddie Howe has been brilliant. Experts predicted that he would succeed again this season. Due to this, Newcastle was predicted to hold the 8th spot for the 2022/23 EPL.

Steven Gerrard has also put Aston Villa in high spirits. The club is not expected to play badly this season. So, experts predict that Villa will grace the Premier League’s 9th spot.

Wolves had a tough last season and almost faced relegation. Since then, this team hasn’t done much to improve. It was predicted that Wolves will be one of the relegated teams this season.

The English Championship and the Premier League are not on the same level.

Most times teams that were promoted struggle to survive the EPL. Also, nothing much changed for Bournemouth this summer. The club is expected to be relegated back to the Championship.

This summer, Nottingham Forest signed 11 players for the purpose of improving and keeping their squad alive in the EPL. But, history shows that teams that do this never perform well.

Tottenham sold Gareth Bale to Real Madrid and then proceeded to sign over 9 players in one summer. This spells disaster for the club.

In the past, Fulham too signed more than 9 players after their last promotion. This resulted in another relegation.

With these two examples, it is easy to predict Nottingham Forest into the 20th spot this season, because of their high chance of being relegated back to Championship.

Predictions and Probabilities For The Premier League Winner Title

These are the proposed winner probabilities for the 2022/2023  Premier League :