Factors To Consider When Making A Sports Bet 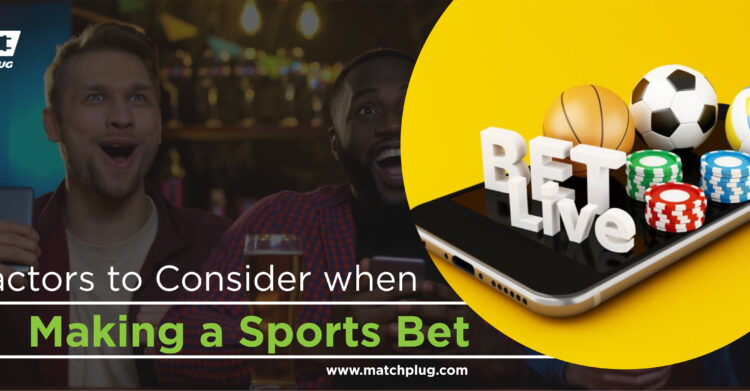 Factors To Consider When Making A Sports Bet

A team’s recent matches is a good way to gauge their performance in an upcoming game. This is
because it helps you know which players are playing well and which are not. Similarly, a
goalkeeper that lost many goals in previous matches might do the same in a future game.
The same way, a player who has been scoring well during recent matches or has been dominant
and assisting in goals would likely do the same for the next match.
When a team always loses a match, some factors like injuries and slumps might contribute to it,
but trends of recent matches can give an accurate report on how they are performing.
If there are two teams consistently winning or losing, find out the contributing factors to these
performances. Checking out both team’s recent matches lets you know how well they played
against other teams and how their opponents have been playing too.

This is because managers tend to pick their weaker players to compete in the tournaments instead
of on league play. But this does not include major football leagues like Champions League or
other prominent knockout contests.
League matches carry more importance than tournaments, which is why club managers won’t
want to risk their best players who could get injured in what they see as lower priority games.
This selection by managers is why you see weaker players playing in tournaments. Placing bets
on these matches makes it more difficult for you to find out which team may have a winning
edge over the other team.

Do research thoroughly before you place a bet, this is because the stakes for big games are higher
and every team wants to win or rescue a point.

Like many bettors you’ve probably accurately predicted a few matches. However, while
predicting one match may be luck, the ability to consistently predict several matches correctly is
next level expertise. On that note, always keep these factors to consider when making a sports
bet in mind.