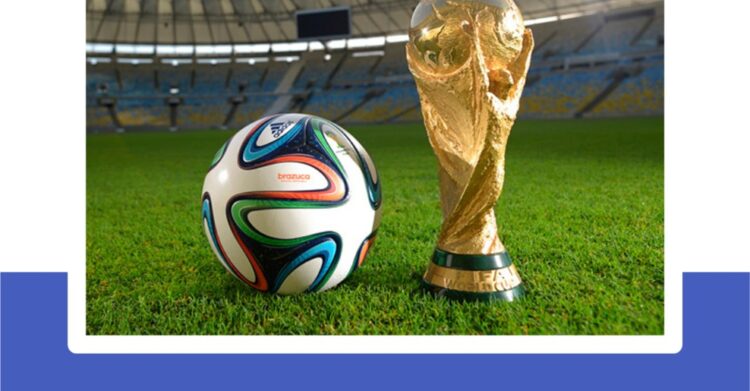 The 2022 FIFA World Cup which commences on 20th November in Qatar, is set to have the entire soccer
world, including people who aren’t sport enthusiasts, focused on the event for the whole month.
As several teams from all over the world prepare to take their place at Qatar, we will again witness a
bright display of colors by supporters from the 32 participating countries who wish to see their teams go
far in this tournament.
This World Cup will provide the perfect opportunity for spectators to watch many of the star players from
top leagues competing in their national teams’ jerseys at the same event.
While the tournament was postponed from June to November due to geographical and climatic reasons, to
the end of the year, the change in schedule hasn’t stopped some experts from making their predictions
about it.
Very soon, balls will roll in Qatar, and to give you a taste of what to expect, MatchPlug has put together
this piece on the 2022 FIFA World Cup betting Preview of all the Soccer predictions and odds to keep
abreast of things.

Qatar 2022 FIFA World Cup Betting Preview: Predictions, Early Odds, and Early Favorites
The opening fixture of the 2022 FIFA World Cup features Qatar VS Ecuador. These countries will open
the event on Sunday, 20th November at the Al Bayt Stadium.
Bookmakers have already made their odds and the betting markets for the opening fixtures have been set.
Although the tournament is one month away, talks are already circulating concerning world cup betting
tips, betting markets, fixtures, and predictions.
This preview contains favorite odds, Golden Boot picks, world cup winners odds, group predictions, etc.

Favorites To Win The 2022 FIFA World Cup Title Odds
Brazil were picked by several experts as Qatar 2022 World Cup favorites to win the tournament.
Brazil at +450 odds, leads France +550, and England +600 for the top 3 favorites to secure the World Cup
title.
See these odds and odds for the other countries below:

Group Predictions For The World Cup
These are all the Groups competing in the 2022 World Cup and predictions accompanying each of them:

Group A Predictions
Qatar plays in the World Cup finals for the first time. They’ll reach the last 16 but encounter a tough
draw.
Also in group A are Ecuador who finished 4th in the South American qualifying group, Senegal the
current African Champions, and the Netherlands who have reached World Cup finals before.
Two possible qualifiers from group A are Senegal and the Netherlands.
Prediction: Senegal and Netherlands qualify for the round of 16.

Group B Predictions
So far, group B only has 3 teams confirmed.
England reached the semi-finals in 2018 and the finals at 2020/21 Euros. They’ll feel confident about
winning group B.
USA can qualify if they improve their poor form from the qualifiers. Iran qualified but might not make
the last 16.
Wales or Ukraine might be the last two countries to complete this group. Wales entered the finals after
beating Austria and Ukraine in the play-offs.
Prediction – England to win Group B

Group C Predictions
Argentina graces group C with Lionel Messi playing in the World Cup. This country came second in the
South American group and should qualify from this group.
Mexico and Poland might butt heads, Poland has Robert Lewandowski in its front lines. The Polish beat
Sweden in the play-offs to secure a spot in Qatar.
Saudi Arabia will likely finish at the bottom of group C.
Prediction – Argentina and Poland qualify.

Group D Predictions
Group D has also confirmed only 3 countries so far.
France who are the world champions should have no problems making it to the last 16.
Denmark will probably join the French in the knockout stages after they made the last 4 at the Euros.
Tunisia isn’t looking good enough to finish top two. Australia beat UAE and Peru to qualify for the World
Cup finals, but will find it challenging to qualify.
Prediction – France and Denmark qualify out of Group C.

Group E Predictions
Group E houses 2 European powerhouse: Spain and Germany, two countries that’ll reach the last 16.
These countries will face-off in their second group match on 27th November. If one team wins, the loser
will have to double their efforts in their final match to qualify for finals.
Japan and the play-off winners are two other countries that’ll draw the two top countries. It will be
shocking if they trouble Germany and Spain.
Prediction – Germany and Spain qualify

Group F Predictions
With so many star players in its ranks, Belgium still hasn’t won a tournament ever. Although they’ll face
little opposition in reaching the knockout stages in Qatar.
Croatia might follow them to the last 16. Canada qualified, but will find it tough to win against Belgium
and Croatia. The same thing might be predicted for Morocco.

Group G Predictions
Group G countries are expected to be fierce competitors in Qatar, but it is not a Group of Death.
In 2018, Brazil, Switzerland and Serbia were in the same group. Brazil led the South American qualifying
group and didn’t lose a game.
Switzerland can be tough to beat sometimes. Serbia will compete with them for second place.
Cameroon are outsiders in this group and are unlikely to qualify for the last 16.
Prediction – Brazil and Switzerland qualify.

Group H Predictions
Portugal made their way through play-offs to get to Qatar. They defeated Turkey and North Macedonia.
Christiano Ronaldo will make another appearance in the World Cup finals.
Portugal will face Uruguay who beat them out of the 2018 World Cup, so they’ll be out for revenge.
Ghana made it to Qatar, and so did South Korea who had star players like Heung-Min Son, Hwang Ui-Jo,
and Hwang Hee-Chan.
Portugal and Uruguay are the two countries that’ll make it to last 16 from Group H.
Prediction – Portugal and Uruguay qualify.

2022 FIFA World Cup Golden Boot Favorites Odds
A lot of bookmakers already have odds for which players would win the Golden Boot for Qatar 2022.
In the absence of any injuries, there are some players that are expected to retain their favorite positions
when the tournament starts.
Harry Kane – 7/1
Harry Kane leads the pack as favorite to win Golden Boot, with bookmakers backing him at 7/1 (8.0)
odds.

Kylian Mbappe – 9/1
Kylian Mbappe backed at 9/1 odds is expected to lead the French team to victory at the World Cup.
Betting tips pick Kylian as 2nd favorite for top goalscorer award.
With Tunisia and Australia as part of Group D, France attackers will have many openings to score.

Karim Benzema – 12/1
Karim Benzema is another Frenchman backed at 12/1 (13.0) odds to win the Golden Boot. Benzema is
also favorite to win the Ballon d’Or this year. If he maintains his form, he could win this World Cup
trophy.

It’s even better if they’ve had a recent meeting, as current results can indicate how a new fixture will play
out.
For example, Brazil is the favorite to win the World Cup trophy, but last year they lost in the Copa
America final to Argentina. If these two countries meet again, it is possible that Argentina will still beat
Brazil in the tournament.

Things To Avoid When Betting On The 2022 FIFA World Cup
Betting on the World Cup should be about quality, not quantity, which is why you must thoroughly
research each bet and avoid these betting practices as well.