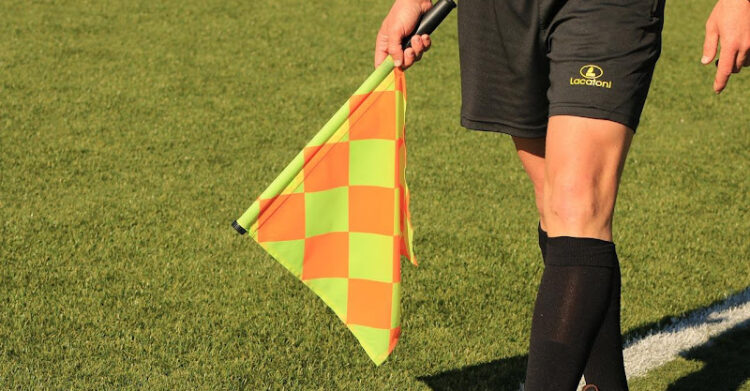 Making calls in big football games can be a very tough thing for a referee to do in a way that pleases everyone. No matter what the decision, someone, somewhere, will disagree with it. When the stakes are as high as they are in these games, it’s important that the referees get everything as right as they can.

This has, broadly, been the advantage of VAR technology—but many feel that VAR goes too far. That there is no need to check every inch of the game as often happens, and that it somehow takes away from the true spirit of the game.

Let’s look at a few arguments for this.

One of the biggest issues with the kind of comprehensive checking that is either in-place or being advocated for is the effect it has on the game’s pace. Football is somewhat unique in its free-flowing, constant pace. Whereas in other sports you might spend just as much time standing around as playing, in football, every second counts.

VAR causes an average delay to matches of around 50 seconds, on top of ordinary delays. This might not sound like much, but it’s a big deal in only a 90 minute game. VAR could still play a part—just a reduced one.

The moment that your team scores a goal can, for the biggest fans, be simply one of your favourite things to experience. Whether you’re in front of the TV or in the stadium, standing up and cheering with your fellow fans is part of what makes football so magical.

But with VAR, any and all goals are up for question, and it won’t be resolved quickly. You can’t just look to the linesman as you can with offside calls. You’ll have to wait to celebrate, and once you’ve waited one second, the moment has already passed.

Of course, the point of VAR is to make decision making errors as infrequent as possible. But the fact is that the technology is still a long way from perfect. Thus, when the VAR makes unfair decisions, they can seem even more crushing to the team that suffers.

VAR decisions are around 94% accurate, which may seem like a lot, but to any team that is fed one of those 6% of unfair decisions, it can seem even harder to swallow. Referees aren’t perfect, and we accept that. But it’s much harder to feel it’s fair when the technology gets the calls wrong. This imperfect situation has led to football bookmakers adding clauses in their pay-outs according to Findbettingsites.co.uk and you can understand why, bookmakers and bettors both lose out.

Atmosphere in football matches is completely unique. It’s constant, moment-to-moment action, only occasionally stopped for a minute or two at a time, at most. The singing and chanting are continuous, everyone is watching the game at all times, all focused on the same event unfolding before them.

VAR breaks up this atmosphere not only because, as we mentioned, it increases time stopped quite considerably, but also because it can be very difficult to fans to understand. Without replays for the fans at the stadium or easy-to-hear announcements, fans might not always understand what’s going on.

Referees themselves are also often put in a difficult position as a result of the VAR. When a referee is given the choice of how and when to make use of the VAR, as they should be, they can come under considerable pressure to use it rather than not.

This is going to mean that refs end up feeling a greater pressure to rely on the VAR rather than making their own calls—which is why they’re there in the first place! Again, having VAR check every moment of the game means the game loses part of its original spirit.

VAR is and always has been a hotly contested topic in football. It’s unlikely that debate will be fully settled anytime soon, but at the moment, there are plainly many reasons why we don’t need to check every aspect of a game. The problem with the VAR debate is that both sides are a zero-sum game—there’s room for compromise!