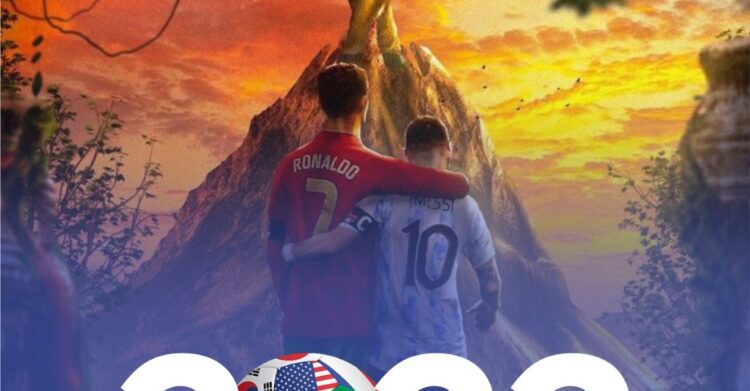 The World Cup group stage’s draw in Doha produced many enticing fixtures, which have excited
many fans as the fixtures have been revealed and pathways to the final begin to be charted. Also,
bettors have started creating their betting strategies for group stages of the tournament, and you
should do likewise.
The event will begin on November 20 th , with 32 teams vying to reach the final and become
global champions on December 18 th .
Many other games will be similarly intriguing, but we’ve selected some of the most important
matches from the first round in creating your betting plan. Here are some of the games to watch
out for in each group to enable you design a winning betting strategy for the tournament.
Group A – Senegal v Netherlands
The first day of the World Cup begins with hosts Qatar taking on Ecuador, but it’s Group A’s
second game that has everyone on edge. Senegal is the strongest of the five African
representatives in Qatar, as seen by their victory at the Africa Cup of Nations earlier this year
and their two-legged victory over Egypt to qualify for the World Cup, and a game against three-
time finalists is a must-win. The Netherlands is an intriguing proposition that might pit Sadio
Mane against Liverpool teammate Virgil van Dijk. The victor of this battle will have a strong
chance of qualifying from Group A.
Group B – England v USA
England vs. the USA is the match most likely to generate the most interest in western sports
betting markets. For those looking to bet on this game, England is currently the odds-on
favourites, but they have yet to defeat the USA in the World Cup, having lost in a shock defeat in
1958 and drawing 1-1 at the same stage in 2010. With the firepower of Harry Kane, Gareth
Southgate’s side should have enough on paper, but all eyes will be on this English-speaking
rivalry, which takes place on Black Friday.
Group C – Argentina v Mexico
The Latin American rivalry between Argentina and Mexico, the only group-stage match between
two teams currently ranked in the top 10 of the FIFA World Rankings, might easily decide who
tops Group C. The teams are rather regular opponents on the international scene. Mexico will
look for their first victory over La Albiceleste since the 2004 Copa America, having failed in ten
previous efforts. On the other hand, the Argentines will not want to make a mistake in what is
likely to be Lionel Messi’s final World Cup.
Group – D France v Denmark
No reigning World Cup champion has successfully defended its championship since Brazil in
1962, but France will attempt to break that trend in Qatar. They begin with a game against the

winner of the intercontinental play-off between Peru and Australia or the UAE, but Denmark
could be their hardest Group D opponents. It will be the fourth World Cup meeting between the
sides, with the most recent being an uninspiring 0-0 draw in Russia four years ago, and Christian
Eriksen potentially playing in a major tournament for the first time since his cardiac arrest during
Euro 2020 adds another wrinkle to the proceedings.
Group E – Spain v Germany
On November 27th, two European heavyweights that have been rebuilt in recent years face off in
a mouth-watering Group E match. The World Cup presents a test for both countries as they strive
to reclaim their former glory. They certainly don’t lack for history at the global event, and this
game will be a rematch of the 2010 World Cup semi-final, which Spain won 1-0 thanks to Carles
Puyol’s goal.
Group F – Belgium v Canada
Belgium, currently ranked second in the FIFA World Rankings, is a world-class team, but they
are still without a trophy as their much-vaunted ‘golden generation’ ages. As a result, Roberto
Martinez’s side will be heavy favourites in their Group F opening against Canada. Still, this is
only the second encounter between the two teams – and the first in a competitive game – will
provide plenty of intrigues. The Canadians are competing in a World Cup for the second time,
having made their debut in 1986, yet they have the talent to pull off an upset.
Group G – Brazil v Serbia
Brazil faces a difficult opponent in Serbia. They finished top of their qualification group, with
six wins and two defeats from eight games, and sealed their place in style, defeating Portugal to
secure an automatic place at the world cup. The Serbians, who have failed to advance from their
group in their last three World Cup appearances, are led by Sergej Milinkovic-Savic. By the time
the competition in Qatar begins, the Lazio midfielder could be a Premier League player.
Brazil, who also went undefeated in qualifying, will be led by Neymar, with Liverpool’s Alisson,
regarded as one of the best goalkeepers in the world, leading the backline for the five-time world
champions.
Group H – Ghana v Uruguay
Ghana and Uruguay, another group-stage match with a unique World Cup history, have only met
once, but it is a game that will live in infamy. In the 2010 World Cup quarter-finals, the score
was 1-1 as extra time expired as Dominic Adiyiah’s header was heading into the goal, only for
Uruguay striker Luis Suarez to stop the shot with his hands. Suarez was sent out, but Asamoah
Gyan missed the ensuing penalty shootout, and Ghana narrowly missed out on being the first
African team to reach a World Cup semi-final. Suarez is undoubtedly Ghana’s public enemy
number one, and the possibility of him playing in the 2022 rematch adds some more heat.

This football prediction site is not only committed to giving you the most accurate football
predictions, but to also help you understand the various games that provides the best betting
options for maximum returns during the tournament.