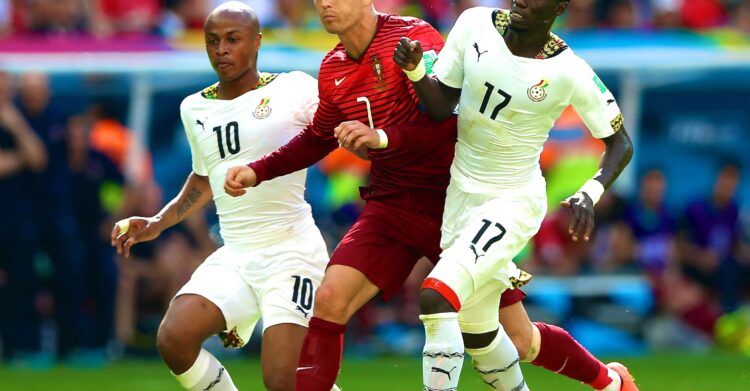 Portugal will look to emulate the likes of France and England to start their Qatar 2022 FIFA World Cup with a win when they face Ghana in this game.

The Ghanaians would be the fifth African nation to play their first match in this edition of the World Cup and they would look to get to the quarterfinal stage as they did in 2010.

Cristiano Ronaldo knows this is his last chance to win the World Cup and the attacker will want to make the most of it.

He already has no club after terminating his contract at Manchester United and will need a good World Cup to find a new club he can join.

Ghana has an exciting new team led by Thomas Partey, but Portugal has an abundance of talent with the likes of Bruno Fernandes and Andre Silva also in the squad.

The Ghanaians won their last two warm-up games and will be confident they can cause an upset against this Portugal side, but it could be another drab draw like most matches have been so far.

The best bet prediction for this game is BTTS. For similar predictions, click here.