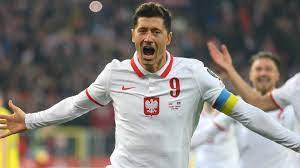 Poland hosts the in-form Netherlands for this Nations League game hoping to earn some wins before the World Cup in Qatar.

Both countries have top players in their ranks, but the Netherlands are now using their talented stars to make itself the top nation in the world again.

This game offers them a chance to win five straight games in their Nations League group, which should be a commendable achievement.

Poland has Robert Lewandowski in their squad, one of the best strikers in the world and he will look to help them get a win in this match after his fine start to the season at Barcelona.

The Poles have won just one of their Nations League games this term and they have suffered two defeats, which should make their fans worry about this match.

However, the Netherlands could be testing new players which should weaken them and help the Poles in this game.

The best bet prediction for this match is over 2.5 goals. For similar predictions, click here.