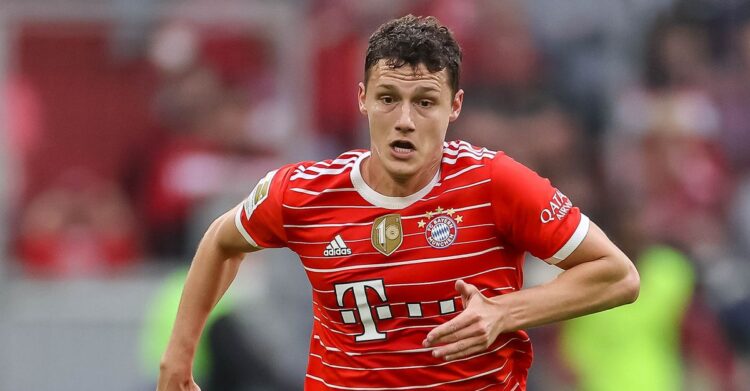 Benjamin Pavard has revealed he had offers from several clubs in the summer before deciding to stay at Bayern Munich.

The defender was linked with a move to Manchester United in the summer, but he eventually stayed at Bayern for another season.

However, his contract is running down and it doesn’t seem he will sign an extension to the forms at Bavarian.

This would serve as a boost to Premier League clubs wanting to sign him and the player has revealed he will consider leaving at the end of this season.

He said via Matchplug: ‘I questioned myself, I had calls from different clubs with my agent. Afterwards, I had the Bayern coach with whom we spoke and with whom we have a good relationship.

‘He made me understand that I was in his plans, that I was important for the team. Maybe one day I will go to one of these clubs, you never know what the future holds.

‘I’m still a year at Bayern Munich. Afterwards, we have time to project ourselves.’