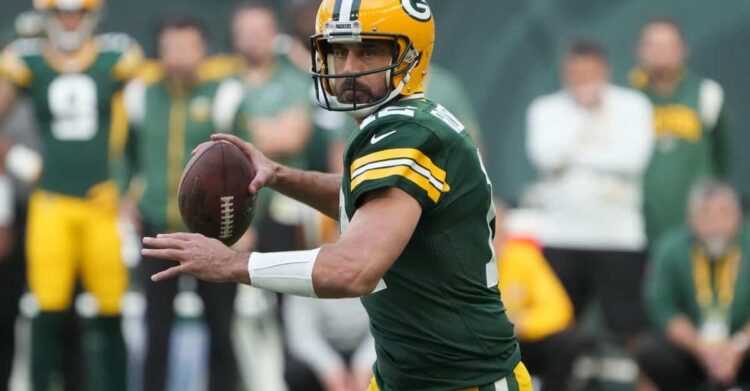 NFL predictions continue with the New York Jets taking the trip to face off with the Green Bay Packers. The Jets surprisingly have the exact same record as the Green Bay Packers despite a very severe talent difference in these rosters. This could be a major game for each of these squads, as a loss for Aaron Rodgers could crush the Packers morale. Let’s dive into what these two teams have to offer right now.

The Jets are coming off of a game in which they beat the brakes off of the Miami Dolphins. Granted, Miami got forced to start their third-string quarterback after Teddy Bridgewater left in the first quarter with an injury. But still, the Jets were dominant down the stretch. Zach Wilson threw for 210 yards with zero touchdowns and zero interceptions, but their rushing was great. Breece Hall had 18 carries for 97 yards and a touchdown while Michael Carter had 10 for 21 and touchdowns. On the other end of the ball, Sauce Gardner found his first interception of his career.

Then we flip to the Packers now. Green Bay got upset in London by the surprisingly talented New York Giants. Rodgers had 222 yards, two touchdowns and zero interceptions on the day. Aaron Jones had 13 carries for 63 yards and AJ Dillon only had six for 34. One factor that really showed how unfortunate their offense was is that the veteran Randall Cobb led the team with seven receptions for 99 yards. The closest receiver was four receptions for 35 yards from Allen Lazard. Their defense didn’t do anything either. Preston Smith got one sack… that was all that happened. No turnovers from this incredibly talented team. That has to be changed if the Packers are hoping to start winning games.

This is actually a tough game to pick. The Jets are playing good football right now while the Packers are underwhelming. Giving the Packers a 7.5 game spread seems like it could be a little too much for a team that is consistently playing close games. After all, Green Bay has only won one game by more than 7.5 points all year long, that being against the Chicago Bears. We can go with the upset on this one, take the Jets with the +7.5-point spread.

Then we move onto the total for this game which is set at 45.5. There is potential for a good chunk of scoring in this game. The Jets, if they don’t turn the ball over, can genuinely find some type of success early on. Meanwhile, Rodgers and the Packers are bound to put up at least 20 points in the afternoon. I think this is going to be one of those 30-24 final scores that the Packers come out on top. The Jets cover the spread and the total hits the over.