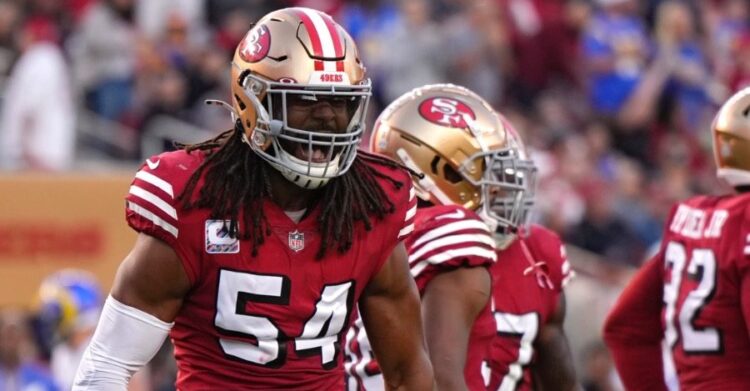 NFL picks continue with the San Francisco 49ers taking on the Carolina Panthers in a Week 5 showdown. The 49ers are coming straight off of a 24-9 victory against the Los Angeles Rams. A dominant one for that matter. The Panthers on the other hand just lost to the Arizona Cardinals 26-16 to fall down to 1-3 on the season with more problems than answers. Which of these groups will come away with a win in this game?

The San Francisco 49ers genuinely look like one of the best teams in the league when they’re clicking. Particularly on the defensive end. We’ve watched them completely clamp up on every team they’ve played this season, holding the reigning champions to just nine points last week. On offense, they aren’t anything special, but they get the job done. Jimmy Garoppolo really just impacts winning when he’s in there. He threw for 239 yards and a touchdown against the Los Angeles Rams last week. Their run game saw Jeff Wilson take 18 carries for 74 yards and a touchdown. Then Deebo Samuel took six receptions for 115 yards and a touchdown of his own. This group looks very good right now.

Meanwhile, the Panthers do not look good. In all honesty, this isn’t entirely Baker Mayfield’s fault either. The coaching is horrendous, and they just have not been capitalizing off of big opportunities that their defense gets them. Mayfield threw for 197 yards, a touchdown and two interceptions last week against the Arizona Cardinals. Christian McCaffrey had just eight carries for 27 yards. That’s your problem right there. In no way should your star running back take eight carries. Granted, he did have nine receptions for a team high 81 yards and a touchdown. But still. Carolina has work left to do in their play calling, execution and coaching.

I am rolling with the 49ers in this game 100 percent. Garoppolo has impacted winning ever since he got to San Francisco. Even though he isn’t putting up the best numbers in the world, the team keeps rolling with him playing complementary football. Plus, their defense is stellar and going up against a Carolina team that consistently drops the ball on offense. San Francisco is favored by 6.5 points, something that they should be able to cover with the way that they’re performing right now.

The total for this game is set at 39.5 right now. I’d say that this one goes the under for sure. The 49ers and Garoppolo haven’t had the best offense in the world while the Panthers are fairly competitive on defense. On the other hand, as we talked about before, the 49ers are excellent de3fensively while the Panthers are horrendous. These two teams counter each other well, and while the 49ers are expected to cover, it’s hard to see this game being high scoring.