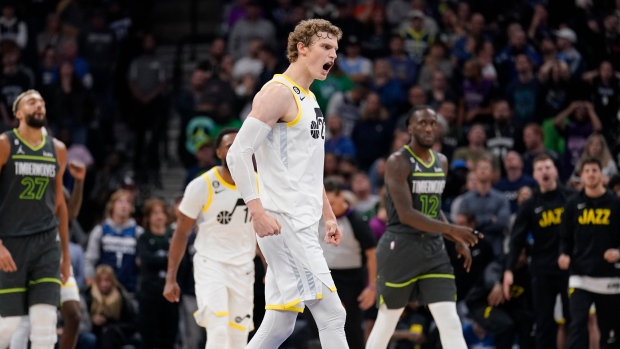 The NBA season is fully upon us, which is the time for us to bring around our NBA predictions. This time, we are going to dive into the upcoming matchup between the Utah Jazz and the New Orleans Pelicans.

The first team that we’ll cover is the Utah Jazz. Utah is supposed to be one of the worst teams in the league. It’s the reason why they dumped a lot of their talent and stuck with a younger core that is aimed to get a top five draft pick. However, they’ve been great to everybody’s surprise. The Jazz won their first two games of the season and have six guys averaging over 12 points per game on the year. Lauri Markkanen was one of the most prominent, as he averages 20.5 points and 8.5 rebounds per game. Even Jarred Vanderbilt is playing out of his mind right now. Averaging 13 boards a night. If there’s anything that Utah does well, it’s surprise opponents. I feel like this team is catching many squads off guard right now because they aren’t very appealing on paper. But this group is clicking already.

On the other side of things, the Pelicans have won their first two games of the season as well. Their big four on their starting lineup is clearly playing well right now. They currently have four guys that average over 20 points per game this season, with those guys being Brandon Ingram, CJ McCollum, Zion Williamson and Jonas Valanciunas. Ingram is the one leading the charge with 28 points per game while Valanciunas pours in 22.5 points and 15 rebounds himself. McCollum averages 21 and Zion averages 20.5 points. New Orleans is just one of those rosters that make it difficult to defend against. Zion and Jonas are near impossible to defend throughout an entire game with them attacking the basket. To make matters worse, if you choose to block up the paint, Ingram and McCollum will tear you apart on the perimeter.

For the pick of this game, I’m going to be rolling with the Pelicans. They are favored by seven and a half points, and I like those odds. While both of these teams have played excellent so far this year, the Jazz are the ones overperforming while the Pelicans are playing as many have expected. New Orleans has talent that makes what they’re doing sustainable while Utah appears to be just catching people off guard early on. I also don’t think that they are going to be able to match New Orleans size on the inside.

When it comes to the total, I like the over here. It’s set at a total of 230 points right now and with the w ay these two teams are putting up buckets, the over looks great. The Pelicans are likely to tear about Utah on the inside with their scoring, and the Jazz will have to figure out a way to just keep up. This is going to result in a matchup that will be more towards the higher scoring side.

Ten Hag to speak to Ronaldo before he returns