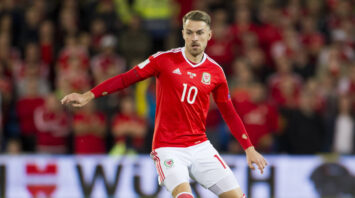 Charlotte FC is prepared to give Aaron Ramsey another chance to play football after his Juventus contract was terminated.

The Welsh midfielder had a bad spell in Italy, but he is now a free agent and he needs a new club to keep him fit for the World Cup in Qatar later this year.

European clubs know the struggles of the midfielder and they are likely to snub any interest in his signature, which could force him to join Gareth Bale in the MLS.

Matchplug understands that The Crown is looking for a popular player to boost their profile in this inaugural campaign and it could be Ramsey.

They are prepared to offer the former Arsenal man a two-year deal to join them and he will become their most expensive player.

This would come as a huge boost to the midfielder whose last three campaigns have all be plagued by different injuries.