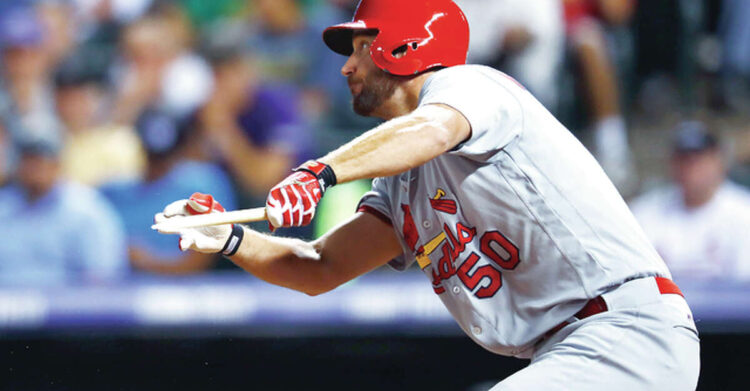 The Chicago Cubs are traveling to face off with the St. Louis Cardinals. This next article of MLB Predictions feature two completely different squads.

Drew Smyly is getting the go-ahead for the Chicago Cubs in this game. Smyly has pitched to a 5-7 record so far this year along with a strong 3.24 ERA to back it up. He was on a three-game winning streak before losing the last two games that he’s made an appearance on the mound. However, neither of those can be attributed to poor pitching, he went for a combined 13.0 innings and allowed just one run in those losses. The Cubs as a team got shut out in both of those. Smyly has had some stellar games, but the batting just hasn’t been there at all.

On the other end, Adam Wainwright is starting for the Cardinals. Wainwright is 9-9 on the season while also piling on a 3.09 ERA. That ERA is actually the 20th best for a pitcher in the league. He’s pitched against the Cubs three times this season, garnering a 2-1 record in that stretch. During those matchups, he’s pitched 20.0 innings has allowed just four runs. One of those games was even a shutout in seven innings.

10-6 The Cardinals and Cubs have played against one another a lot this year. St. Louis has won 10 out of the 16 of their total matchups this season. Not only that, but they’ve won six out of their past eight games against the Cubs coming into this one.

St. Louis is currently the favorite for this game and they’ve proven to be the better squad this season. Their last game against one another could be a perfect indication of how this upcoming matchup could go. The Cardinals smoked them, shutting them out to the tune of an 8-0 game. Wainwright and Smyly have each put together wonderful performances throughout the year but have lost games they should have won. Much of that is due to inconsistent batting. Chicago has hit the 24th most runs in the league this season compared to the Cardinals ranking third in the same category. Simply put, St. Louis has been more consistent and is coming off a dominant win over Chicago. It’s hard to see them dropping this one.

When it comes to the over/under for this game, the over looks like an excellent choice. The Cardinals have been phenomenal lately, with so many powerful batters lining up to launch away homers. That’s paid off when it comes to their record as they are making a huge push down the stretch of the year. Meanwhile, Chicago has consistently had trouble scoring, which is evident by the fact they have just the 24th highest runs count. If you’re looking to bet on this, the over looks hot.

Udinese vs AS Roma Match Preview