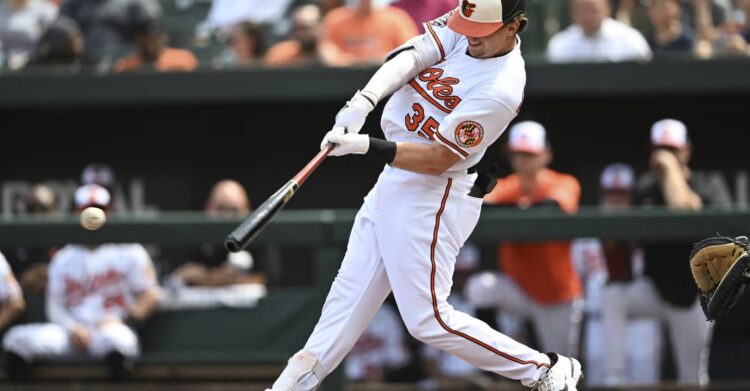 MLB Picks continues this week with the Houston Astros taking on the Baltimore Orioles. These two teams have met up twice in the last two days coming into this one, with Baltimore surprisingly winning both matchups by a combined 8-0. Now, some might think that the Orioles are going to blank Houston for a third straight time and get another win. The problem with that is that the Astros are still one of the best teams in the league. They aren’t going to be going down without a fight.

The Houston Astros are coming into this game with Framber Valdez starting on the mound here. Valdez has been one of the league’s better pitchers in the league with a 16-5 record to show for it. The last time he started for the Astros, he pitched six innings and allowed just two runs and four hits during the course of the game against the Oakland Athletics. His ERA for the season is at a stellar 2.52 and it’s helped him achieve his whopping 25 straight quality starts recorded. I mean, we literally haven’t seen this man start a game and not pitch for more than five innings in the contest.

On the other hand, the Baltimore Orioles will be sending out Mike Baumann. Baumann is making just the second start of the season for this team but in the games, he’s appeared in, he’s worked to a 1-3 overall record. The last time we got to see Baumann pitch, he threw for just 2.8 innings and gave up three hits and one run in that stretch. His stats aren’t that great though. He is pitching on a 4.29 ERA with opponents’ batting an average of .301 against him across 10 total games. Putting this up against an Astros batting lineup that has held onto a .245 batting average as a team might be a disaster for the Orioles.

It’s hard to pick anybody but the Astros here for the MLB Picks. Houston has held onto one of the best batting lineups all season long to couple with their stellar pitching rotation that some consider to be the deepest in the MLB. Valdez has statistics that show him to be the best pitcher that will hit the mound this game. Meanwhile Baumann really hasn’t given us much in terms of holding his opponents from scoring. I like the value that the Astros are giving us against Baltimore. I find it hard to believe that the Astros are going to drop three straight games to this Orioles squad.

The total for this matchup is set at 7.5 runs scored. I believe the under looks better than the over here. Valdez isn’t going to allow Baltimore to get started off hot in this upcoming contest. His ridiculous arm talent is going to keep the Orioles from scoring runs for the entire time he’s out there. Baumann leaves this up in the air considering the batting average he’s allowing to opponents over the season. However, if he gets torched early on, he won’t be out there for long.