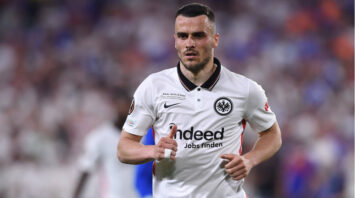 Juventus is interested in a move for Filip Kostic even though he is discussing a transfer to West Ham.

The Serbian was one of the finest players in Europe last season when he helped Eintracht Frankfurt to win the Europa League.

One of his finest performances in the competition came in the semi-final against West Ham and that caught the attention of the Hammers.

They now want to add him to their squad, but Juve has also been linked with a move for him at the end of last season.

They turned their attention towards a move for Angel di Maria, but they have now returned, according to what Matchplug can confirm.

The Italians have contacted his entourage to discuss if he could still join them even though the Irons have reached an agreement with his present club already.

Sports Betting in the UK