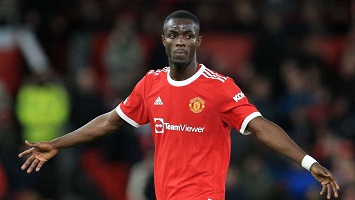 Jose Mourinho is targeting a reunion with Erik Bailly at AS Roma as the Ivorian struggles to make a name for himself at Manchester United.

Bailly was signed by Mourinho for the Red Devils in 2016 and he has remained on their team since then, continuing to struggle under different manager.

The former Villarreal defender has not been able to become the club’s first choice and he is unlikely to impress their new manager, Erik Ten Hag.

The Dutchman likes to play with defenders that can play the ball out from the back, but Bailly is guilty of struggling in possession.

He was never a favourite under the club’s last two managers and he might suffer the same fate under Ten Hag.

Matchplug understands that Mourinho is now targeting a move for him, but the defender wants to stay at United to fight for a place on their team.