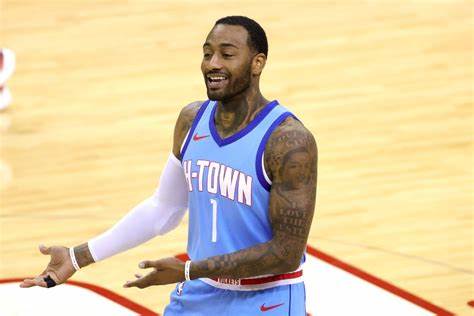 Multiple NBA players are returning to the court this season for the first time in a very long while. Let’s cover a few of the biggest stars that will be once again flashing their talents on the floor this upcoming season, starting off with arguably the most notable.

Williamson hadn’t touched a basketball court in 534 long days, but he’s been able to get onto the court in the season opener against the Brooklyn Nets. During this NBA game, he was able to post 25 points, nine rebounds, three assists and four steals with a +13 over the course of 30 minutes of action. This young star desperately needed to get back into the fray for the Pelicans. As they seem to be just a few pieces away from making some noise in the Western Conference. A healthy Zion could rival some of the best names in the league. After all, you don’t just average 27 points in your sophomore season and fall off a cliff.

The Klaw has missed roughly 500 days himself since hurting his knee in an NBA postseason game. He was able to finally make it back onto the court in this season’s opener as well, though it was a little different compared to Zion. He didn’t step out onto the floor until late in the second quarter. Posting 14 points, seven rebounds and two assists in 21 total minutes of action. We got to see the Los Angeles Clippers battle their hearts out a year ago with Paul George leading the charge, but they were severely lacking in the star power department. A healthy Kawhi can help out on both the offensive and defensive end.

The Denver Nuggets have been having trouble getting consistent production from a player not named Nikola Jokic for the past few years. Jamal Murray not being out there throughout all of last season certainly didn’t help. Well, he hasn’t been out there for 556 consecutive days. That all changed in this year’s season opener. He got 26 minutes of action against the Utah Jazz and posted 12 points, two rebounds, one assists and two steals. The Nuggets were blown out that night by Utah, but it was a welcome sight for a Nuggets squad that needs more scoring. Denver has some big expectations for them this year. Now that they’re getting healthier, those expectations aren’t going away anytime soon.

The final player that we are going to be talking about is John Wall. It’s been a very long time since he’s consistently been out there on the court. He’s played a total of 40 games over the past 1,396 total days. That isn’t a typo, that’s a genuine statistic. Now, he’s on the Los Angeles Clippers to bolster the backcourt for a team that already has PG and Leonard. John played 25 minutes in the season opener and posted 15 points, four rebounds, three assists and one steal. Obviously, he might not be out there for all 82 games. But it’s nice to see him back out there and healthy after so much time.