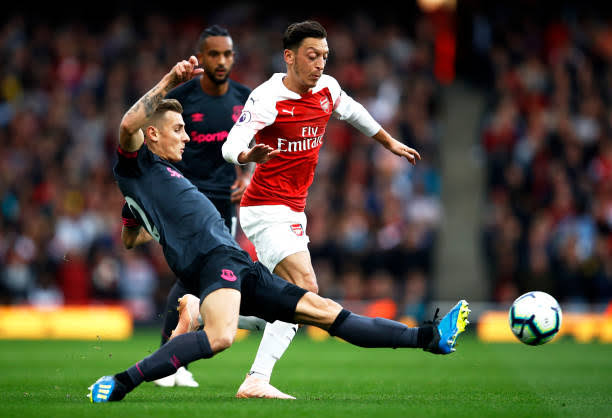 Everton and Arsenal are both in desperate need of wins on Saturday when the two sides meet at Goodison Park. Everton are under interim manager Duncan Ferguson as the club continues its search for a new manager. Premier League fans can visit https://silentbet.com/ get the latest bet bonuses and tips ahead of the next weekend of Premier League fixtures.

Ferguson has led Everton to four points from their last six possible in the league. However, he may only oversee one more match as interim manager as former Chelsea boss Carlo Ancelotti is linked with the job vacancy.

Arsenal are also searching for a permanent manager as the Freddie Ljungberg interim period comes to an end. Manchester City assistant manager Mikel Arteta and Nice head coach Patrick Vieira are linked to the job. However, Arsenal have been slow to appoint a permanent boss and sacked Unai Emery without a plan.

Everton vs. Arsenal: Three big points up for grabs

Everton are three points above the relegation zone and coming off of a win over Chelsea and draw against Manchester United away. Since Ferguson took over, Everton are playing more as a team and fighting for each other. Silva had lost the dressing room but Ferguson has brought life to the squad and created a blueprint for the future.

Arsenal are 10th in the league with 22 points from 51 possible. The Gunners have won just once in the last six matches. That win came against West Ham away, 3-1. However, Arsenal are coming off of a 2-1 loss to Manchester City last weekend.

The Gunners have taken just nine points from 24 on their travels. They did win against West Ham in their most recent away fixture. It was only their second road win of 2019-20.

Everton have taken 13 of 24 points at Goodison Park. They are unbeaten in three of their last four home fixtures, which includes two clean sheet wins.

Everton have won just once in their last 10 matches in all competitions against Arsenal. That one win came last season at Goodison Park with Everton winning 1-0. All 10 of those matches finished with a decisive winner. Arsenal collected nine wins over that 10-match time span.

Six of their last 10 matches ended with both teams scoring goals. Those same six fixtures all ended with over 2.5 goals tallied. Their matches last season went against those trends, however. Arsenal won 2-0 at the Emirates in September with Everton repaying the favour 1-0 at Goodison Park in April.

Arsenal have a defensive crisis at the moment as four defenders are suffering from injury. Left-back Kieran Tierney has a dislocated shoulder and is ruled out. Rob Holding, Hector Bellerin, and Sead Kolasinac are both recovering from their own injuries and may not make the team for the trip to Merseyside. Ferguson will be without Theo Walcott, Morgan Schneiderlin, and Lucas Digne. The trio is a new set of players set to miss long-term.

Despite the injuries, Ferguson has Everton playing well and they should get a point against Arsenal. Although there has been a decisive winner the last 10 times these teams have met, Saturday’s game should end in a stalemate as neither can get a winner.