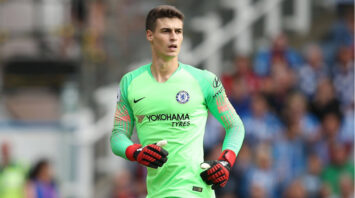 Chelsea is close to offloading Kepa Arrizabalaga on loan to Napoli in this transfer window, but they will pay a significant portion of his salaries.

The Spaniard is the world’s most expensive goalkeeper after Chelsea paid £71.6million for him in 2018, but he has hardly been a good buy.

Edouard Mendy replaced him in the Chelsea goal when Frank Lampard became their manager and he has been the second choice since then.

He wants to play regularly this season so that he would be selected for the next World Cup, and Matchplug understands that he is now one of the players Napoli wants to sign.

However, he earns £150,000-per-week and Napoli cannot pay up to half of that figure. Chelsea is set to keep paying 75 per cent of that wages while he plays for the Italian Club.

Considering that they have no other top goalkeeper, the Blues might be forced to sign another goalie.

Check out Belgium First Division B Predictions from Takebet