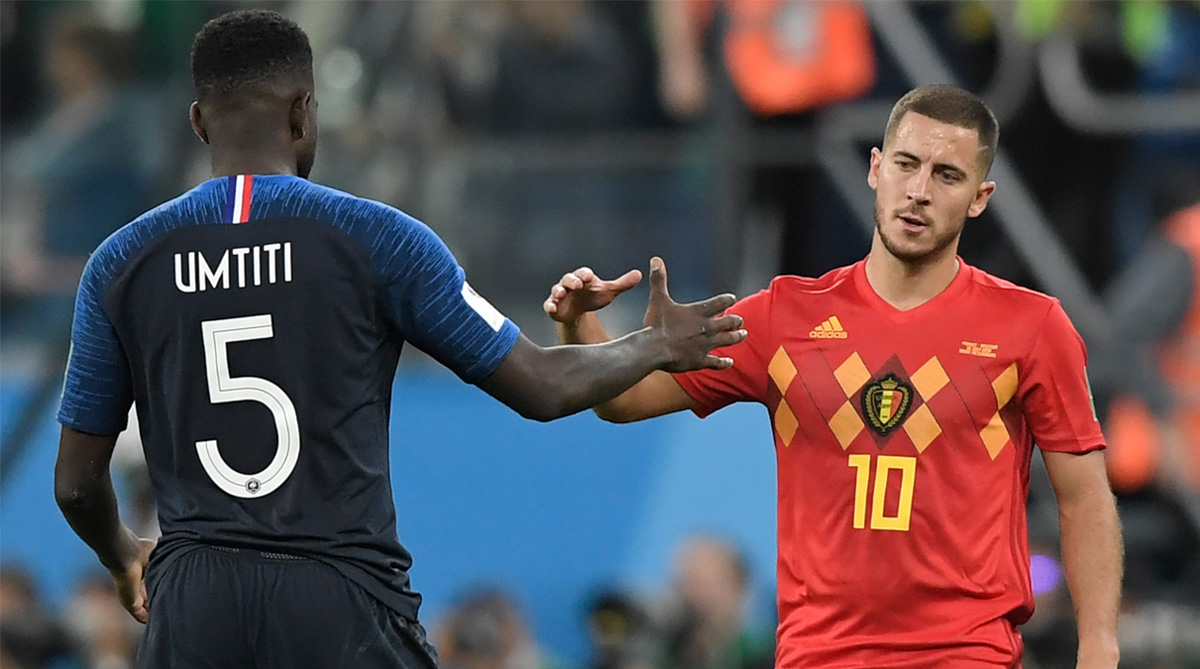 Roberto Martinez’s Belgium faces France in this crunch European Nations League clash with both countries hoping to emerge victorious over the other.
Belgian has been world number one for a long time now and they have shown great form in qualifying competitions, but they are yet to win a major trophy.
This Nations League Finals hands them the chance to achieve that and they will start with this semifinal game.
World champions, France fumbled at the Euro 2020 and they have continued to struggle in their recent qualifying matches.
They can make up for a poor Euros by winning this competition, but that would be easier said than done.
The Frenchmen face a talented Belgium side that would also be out for revenge after losing to them in the semi-final of Russia 2018.
These teams have served up some interesting matches before now and this game could be yet another one.
The Belgians beat France 4-3 in a thrilling friendly game in 2015, but France won 1-0 when it mattered most in the 2018 World Cup.
Belgian has four wins from their last five matches, but France has won just one of their last five games and it came against Finland in their last international game.