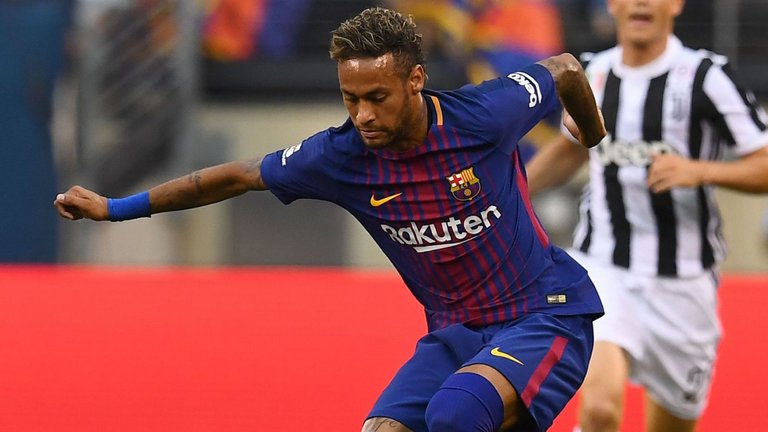 Neymar is set to complete his move to Paris Saint-Germain after Barcelona confirmed the forward had told the club and his team-mates he plans to leave.

Barcelona said in a statement that Neymar, accompanied by his father, who also acts as an adviser, met club officials on Wednesday and informed them of his desire to go. Barça said they had responded by making it clear the player’s release clause of €222 (£198m) must be paid in full.

PSG are ready to meet those demands, making Neymar the world’s most expensive player. Barcelona remain adamant they are not prepared to negotiate; formally, Neymar remains not for sale.

The player’s agent, Wagner Ribeiro, told the Spanish radio station Cadena COPE that the deal would be closed swiftly. “They [PSG] are going to pay Neymar’s clause today so that he can be presented at the weekend,” he said. “They [Neymar and his father] are in the air now.”

The fee would dwarf the €105m Manchester United paid Juventus for Paul Pogba last summer. A five-year contract for Neymar has been ready for several days and just needs to be signed. The deal is understood to be worth around €30m a year, almost doubling his salary.

Barcelona had earlier revealed that the Brazil international had informed his team-mates “that he had the intention of leaving the club and seeking his future elsewhere, and the coach has given him permission to leave training”.

The players were disappointed to learn of Neymar’s departure and although the decision was not unexpected there had been hopes they could convince him to stay. Gerard Piqué had previously said Neymar “does not know what to do” and that his team-mates would try to “help him make the right decision”. Lionel Messi posted an Instagram video and message to Neymar on Wednesday afternoon, writing: “It was a great pleasure to have shared all these years with you, friend @neymarjr. I wish you good luck in this new stage of your life.”

The club said Neymar left the training ground 30 minutes after arriving on Wednesday. At board level Barcelona are irritated not only at the outcome but the manner in which it has been brought about. The political damage is considerable and the club’s image, already deteriorated, has been hit. Barcelona confirmed that a bonus due to Neymar for renewing his contract last season had been put on hold, rather than paid out, pending the resolution of his transfer. That bonus may explain the silence from Neymar’s camp. Neymar’s father has driven the deal.

Barcelona have found support from La Liga, which has indicated it would be reluctant to sign off the move. Legally, however, it appears it has little way of preventing Neymar from triggering his buyout clause as stipulated in its rules and formally becoming a free agent ready to sign for the French club. Fifa and Uefa rules do not contemplate a scenario in which the Spanish league can prevent a buyout clause being triggered. There has been no suggestion from Barcelona they will complain that he was tapped up.