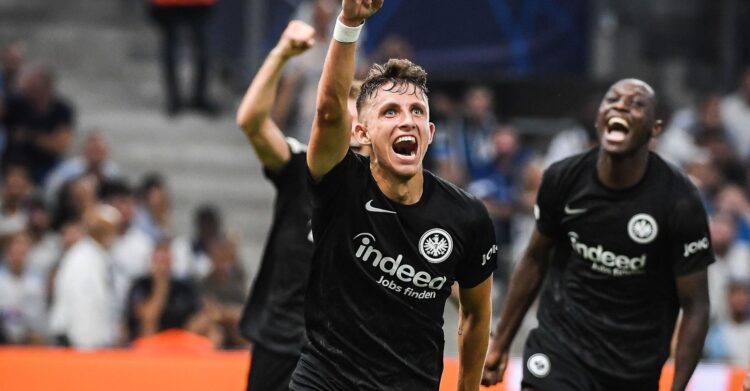 Arsenal has started making plans to bolster their squad in the January transfer window as they consider a move for Eintracht Frankfurt’s Jesper Lindstrom.

The Gunners are at the top of the Premier League table now, but they know it would be a very long season and they need depth.

In the last campaign, their failure to bolster their squad in January derailed their bid for a top-four finish and they want to avoid that in this campaign.

The Gunners remain one of the best clubs in Europe this season, but Mikel Arteta wants a new winger and he has identified Lindstrom as a top target.

He helped Frankfurt to win the Europa League last season and caught the eye of the Spanish manager, who now hopes they can secure a deal in January, Matchplug understands.

It remains unclear if Frankfurt will want to lose him in January, but every player has a price and Arsenal might pay his.