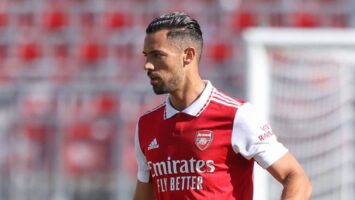 Pablo Mari has edge closer to a move to newly promoted Monza in the Italian top flight after his loan in the competition last season.

The Spaniard was on the books of Udinese in the second half of the 2021/2022 campaign and he did very well.

However, they did not have the option to make the transfer permanent and he has returned to the Emirates, where other clubs want to sign him.

Monza is now set to win the race for his signature. Matchplug learns that they have reached an agreement over a loan with Obligation to buy with Arsenal.

That clause will automatically be triggered if they survive relegation after their first ever campaign in the Italian top flight.

With the arrival of William Saliba, Mari was set to play much less football in this campaign, but at Monza he will see more chances to play.